You are leaving www.xulanehcp.com, a VIATRIS™ Inc., company website

The website you are about to access is not owned or controlled by Viatris. Links to other websites are provided as a convenience to users and the inclusion of any link does not imply the endorsement of the linked site by Viatris. Viatris accepts no responsibility for the content of any linked sites. 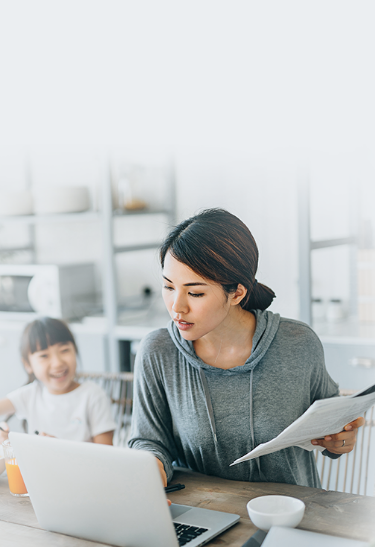 An increased risk of thromboembolic and thrombotic disease associated with use of combined hormonal contraceptives (CHCs) is well established. The frequency of VTE in women using CHCs has been estimated to be 3 to 12 cases per 10,000 woman-years.

The risk of VTE is highest during the first year of use of CHCs and when restarting hormonal contraception after a break of 4 weeks or longer. This initial higher risk declines during the first year, but users of CHCs remain at an increased risk of VTE compared to non-users of CHCs. Based on results from a few studies, there is some evidence that this is true for non-oral products as well. The risk of thromboembolic disease due to CHCs gradually disappears after CHC use is discontinued.

To put the risk of developing a VTE into perspective: If 10,000 women who are not pregnant and do not use CHCs are followed for one year, between 1 and 5 of these women will develop a VTE.

Known risk factors for VTE include smoking, obesity, and family history of VTE, in addition to other factors that contraindicate use of CHCs.1

The below graph shows the risk of developing a VTE for women who are not pregnant and do not use CHCs, for women who use CHCs with a range of doses and routes of administration, for pregnant women, and for women in the postpartum period.

*Pregnancy data based on actual duration of pregnancy in the reference studies. Based on a model assumption that pregnancy duration is 9 months, the rate is 7 to 27 per 10,000 WY.

Who is NOT an appropriate
patient?

This is not all the safety information for XULANE. Please review the full Important Safety Information below.

This is not a full list of all the XULANE Warnings and Precautions. Read the Important Safety Information below for more information.

WARNING: CIGARETTE SMOKING AND SERIOUS CARDIOVASCULAR EVENTS and CONTRAINDICATED IN WOMEN WITH A BMI ≥ 30 kg/m2

Cigarette smoking increases the risk of serious cardiovascular events from hormonal contraceptive use. This risk increases with age, particularly in women over 35 years of age, and with the number of cigarettes smoked. For this reason, CHCs, including XULANE, are contraindicated in women who are over 35 years of age and smoke [see Contraindications (4) and Warnings and Precautions (5.1)].

Other Warnings and Precautions

Patients should be counseled that XULANE does not protect against HIV infection (AIDS) and other sexually transmitted infections.

USE IN SPECIAL POPULATIONS

INDICATION AND USAGE: XULANE is indicated for the prevention of pregnancy in women with a body mass index (BMI) &lt30 kg/m2 for whom a combined hormonal contraceptive is appropriate. Limitations of Use: XULANE may be less effective in preventing pregnancy in women who weigh 198 lbs. (90 kg) or more. XULANE is contraindicated for use in women with BMI ≥ 30 kg/m2 [see Contraindications (4), Warnings and Precautions (5.1) and Clinical Studies (14)].

This is not all of the information you should read prior to prescribing XULANE. Please see the Full Prescribing Information, including Boxed WARNING.